Timing is Everything- Especially When Sending Press Releases 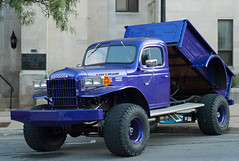 We recently had a client ask a question that offers a great teaching moment in public relations. The client had a timely news item that we knew would generate a great deal of positive media attention.

The client asked if we could send the press release to the media on a Friday afternoon. Here’s what we said:

The short answer is No. It often is a death kiss to send a press release out on a Friday for a couple of reasons.

Doing so virtually guarantees that no media outlets will pick it up. Why? 1) It’s Friday and reporters are people too; they’re thinking about the weekend. 2) TV stations run skeleton crews on the weekends, and those crews typically are there for breaking news, not feel-good feature stories.

Every good PR professional knows what I stated above, and they often use this to their advantage. If a company/organization has something negative or unflattering that must be released, they’ll often pull what we in the industry call the “Friday afternoon news dump.” They send a release at the end of the day on a Friday and cross their fingers that the story will die down over the weekend, or by the time a reporter sees it on Monday, it will be old news and no one will want to cover it. It can backfire horribly. Here’s a great article on the topic.

So when should you send out a press release? Releasing something on a Monday morning is a great idea. Reporters are back at work from the weekend and have morning meetings in which they will be expected to pitch a couple of good story options for the day. If your story doesn’t get selected for coverage that day, there’s a possibility it could be picked up later in the week.

If you have something newsworthy going on in your business and you want help spreading the word, give us a call. We can help.